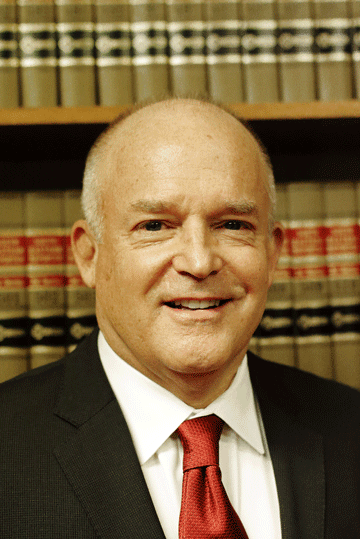 Greg McDermott is a managing partner at McDermott & Bonenberger, P.L.L.C.  During his thirty-three (33) years of practice, Mr. McDermott has largely concentrated his practice in the state and federal courts of West Virginia, although he has occasionally ventured into other states with successful results.  See, e.g., Beresford v. Eckerd, et al., 667 So.2d 809 (Fla. 1995).

As his career developed, McDermott has become heavily involved in unfair trade practice litigation, and became a frequent lecturer at seminars in this area of law.  As well, he has been hired on many occasions by both plaintiffs and defendants to offer expert analysis and consultation in unfair trade practice cases.  One such case, Kocher v. Oxford Life Ins. Co., 216 W.Va. 56, 602 S.E.2d 499 (W.Va. 2004), where McDermott served as an expert consultant, resulted in a thirty-nine million dollar ($39,000,000) verdict and nationwide notoriety.  As well, McDermott has litigated cases in West Virginia for the world’s largest insurers on a frequent basis over the years.  Recently he authored a chapter of a medical-legal textbook that will be published in 2019.

Greg also enjoys using his litigation expertise as a mediator.  He has successfully mediated settlements in hundreds of cases throughout the State of West Virginia, including several million dollar plus cases.

McDermott was the President of the Ohio County Bar Association in 2008-2009, and was a member of the Association’s Executive Committee for several years.  He has held membership in the American Board of Trial Advocates and The William Blackstone American Inn of Court [Barrister], very selective honorary groups that admit members based upon degree of trial experience, high personal character and honorable reputation.  McDermott was appointed to the West Virginia Racing Commission by Governor Joe Manchin of the State of West Virginia in June, 2009, and served through 2016.

McDermott makes his home in Wheeling, West Virginia, where he was born and raised.  He comes from a family of lawyers.  His brother (Patrick) and wife (Laurie) are also attorneys at McDermott & Bonenberger, P.L.L.C.  Greg and Laurie are the parents of two daughters, Morgan and Jackie, and have been very active in community activities in the Wheeling area, where they have served as board members for a number of local organizations. Recently, Greg was appointed to be a Commissioner for the Wheeling Park Commission, the entity that oversees the administration of Oglebay and Wheeling Park.

Greg was a college athlete, and presently enjoys playing competitive tennis in United States Tennis Association events, both on a team and individual basis.