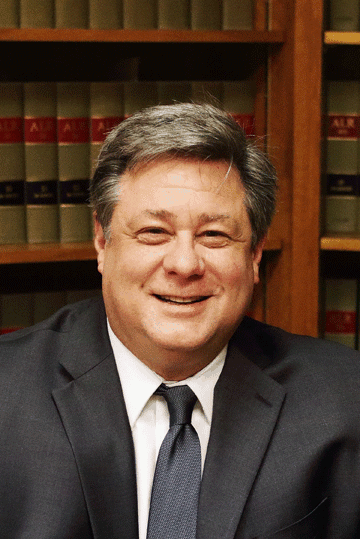 Gus has over thirty years of first chair litigation experience, the last twenty six years in the Ohio Valley, in the areas of civil litigation, insurance defense, construction, professional liability, products liability, personal injury, industrial accidents and insurance bad faith.  He has tried numerous cases through jury verdict and appeals in the state and federal courts of West Virginia, Ohio and Pennsylvania and negotiated for and counseled clients in thousands of other matters.

As a member of the U. S. Army Judge Advocate Generals Corps (1986-1990), he began his litigation experience immediately upon graduation from law school, quickly becoming senior trial counsel in the prosecution of criminal offenses, including the only officer court martial during his tenure at Fort Knox, Kentucky, where he also assisted as an instructor at the U. S. Army Armor School and counseled members of the various command entities.  His stint as prosecutor was followed by duty in the Republic of Korea in the Trial Defense Service and, ultimately, as the officer in charge of a Trial Defense Service field office, Camp Stanley, ROK.   He successfully prosecuted and defended hundreds of individuals many of them through trial and the review process.

Gus ended his successful Army career and relocated to the Wheeling area where he has been retained by some of the largest insurers in the world as well as local and national corporations and individual members of the community handling their litigation needs.  He has also served as both a mediator and arbitrator in Ohio and in West Virginia.